Redstone can be obtained by mining or smelting redstone ore, destroying jungle temple traps, crafting blocks of redstone, killing witches, trading with villagers, or by breaking previously-placed redstone dust. It can also be found in chests that spawn in naturally generated structures. 15 lengths of redstone dust are naturally generated as part of the trap in each jungle temple.

Redstone can be found in 54.0% of dungeon chests, in stacks of 1 to 4, and in 12.2% of stronghold altar chests, 25.2% of chest minecarts in abandoned mine shafts, 19.0% of stronghold storeroom chests, all in stacks of 4 to 9. Redstone dust can transmit power, which can be used to operate mechanism components (doors, pistons, redstone lamps, etc.). For different reasons, each signal can go up but not back down. Redstone dust can be "powered" by a number of methods: from an adjacent power component or a strongly-powered block from the output of a redstone repeater or redstone comparator from adjacent redstone dust. The powering dust can be a level higher or lower, but with restrictions: Redstone can be powered by redstone which is one level lower, or on an opaque block one level higher. A transparent block cannot pass power downward. The block "between" the two dust blocks must be air or transparent. A solid block there "cuts" the connection between the higher and lower dust.

Here are a list of items you can craft with redstone to make amazing contraptions! 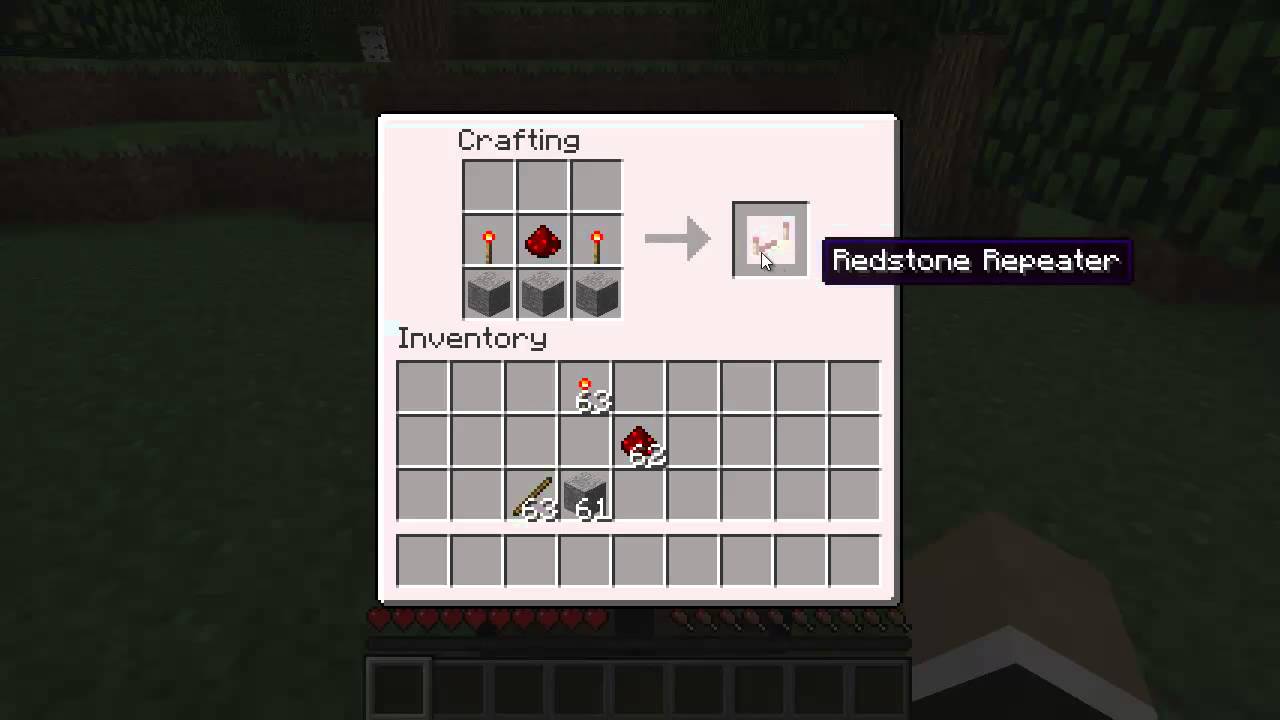